He’s won multiple championships, sold-out stadiums, and broken box office records … and now The Rock is the number one reason to love America according to the latest issue of People Magazine!

The aptly named town champion took to his social media to express his sincerest gratitude and accept his honor as he graces the cover of the latest issue just in time for Father’s Day. 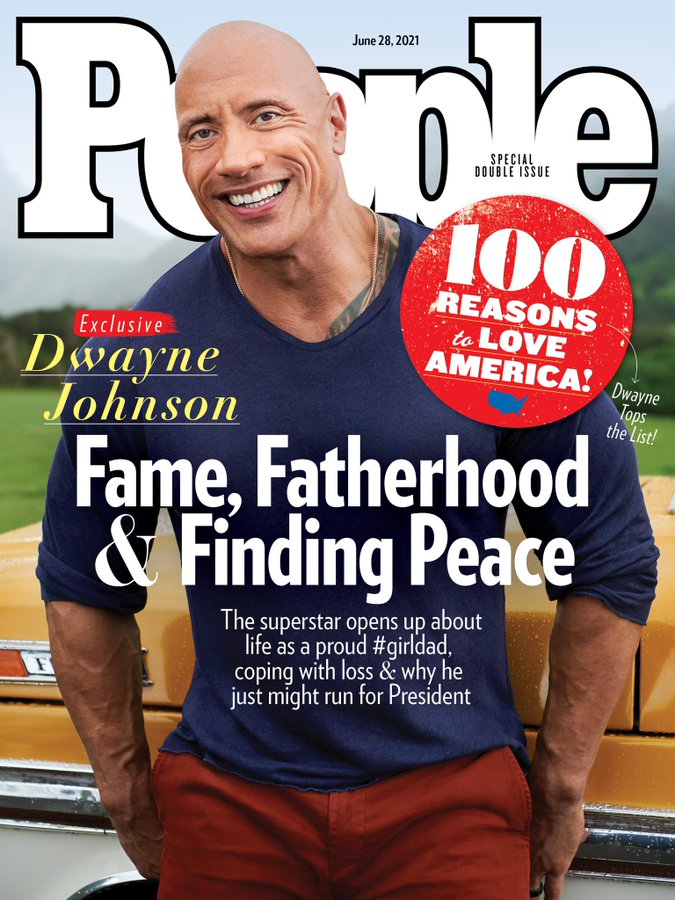 Expect to learn a lot about “family, friends, and manna” from the absolute number one reason to love America when the popular edition of People Magazine hits newsstands this Friday. Congratulations, Rock!